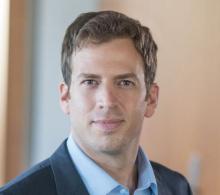 Alon Raskin was  born and raised in Israel. He served for 7 years in the Israeli Navy SEALS as a team leader and combat mission commander. After his military service, he founded his own company and worked at both KPMG and Google in Israel. Alon then worked for technology companies in the San Francisco Bay Area. He has a BA in Business and Accounting, an LLB in Law from IDC in Israel, and an MBA from Stanford. Before his appointment as COO of Cybereason Japan, Alon was Director of Strategic Initiations at Cybereason’s Boston headoffice.