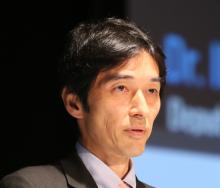 Starting as an officer at the then Ministry of International Trade and Industry (MITI; currently the Ministry of Economy, Trade and Industry, METI), Dr. Misumi has long served in the Government of Japan, especially in the fields of security export control and cybersecurity policy. Most recently, he has served in the NISC since 2012 and was in charge of a number of important tasks, including the thorough revision of the “Management Standards for Information Security Measures for the Central Government Computer Systems,” the establishment of the Basic Act on Cybersecurity of 2014 and its amendment in 2016, and the formation of the Cybersecurity Strategy (2015). Currently, he serves as Deputy Director-General for Cybersecurity and Information Technology, Ministry of Economy,Trade and Industry / Deputy Director-General, NISC and Vice CIO , Cabinet Secretariat.

In the early stage of his career, he engaged in the international negotiation for the preparation of the Wassenaar Arangement on Export Controls for Conventional Arms and Dual-Use Goods and Technologies as a government expert in the mid 90s. Prior to joining the NISC, he was the Director of Security Export License in METI (2009-2012). In this position, he contributed to making Japan’s export control systems more effective and efficient by developing innovative approaches, such as reengineering the licensing processes and introducing an examination system with advanced DBs and achieved the reformation of these systems.