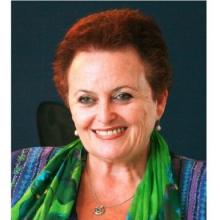 Ambassador Yaffa Ben-Ari has assumed office as Ambassador of the state of Israel to Japan in November 2017. Previously Ben-Ari has held the position of Deputy Director-General of the Foreign Affairs Ministry, Head of the Economic Affairs Division since March 2014.

During 37 years of professional diplomatic career, Mrs. Ben-Ari held several leading positions, among them she served as the Ambassador of Israel to Serbia and Montenegro and Non-resident Ambassador to the Republic of Macedonia, and Deputy Head of Mission in Israel's Embassies in The Hague, the Netherlands. Ben-Ari served in Monrovia, Liberia – West Africa as well as in Israel's Consulate General in San Francisco.  Additionally, she served as The Commissioner General of Israel to Yeosu International Expo 2012 (Korea) and as the Deputy Commissioner General of Israel to the Shanghai World Expo 2010 (China). For her achievements as the Project Manager of Israel's participation in Shanghai Expo Ben-Ari has received the Foreign Ministry Award of the "Excellent Director" for 2010.

From 2000 to 2002, Mrs. Ben-Ari held the position of the Spokeswoman of the Ministry of Foreign Affairs and Head of the Press Department. For her performance in this capacity, she has received the MFA "Excellent Team" Award for 2001.

Yaffa Ben-Ari was born in Israel. She graduated from the Faculty of Political Sciences at the Tel Aviv University, received a M.A. degree (with distinction) at the University of Haifa and an Executive M.B.A. degree from Bar-Ilan University. She is married to Yossi, and has a daughter Michal and one grandson Leo Michael.