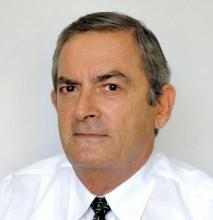 Elchanan Harel has been exploring Japan for over three decades both as a banker as well as a businessman and as a public official.

Seeking collaborations between Japanese corporations and Israeli start-ups. Initiating new ventures between entities from both countries, and managing investments in Israel and Japan alike.

He is a former Chairman of the Israel-Japan Friendship Society and Chamber of Commerce, and is now its Honorary President. He is a Board Member of The Israeli College Of Management and several public
companies. He graduated in from the Hebrew University of Jerusalem and got his Masters degree from Tel Aviv University.

Elchanan Harel was bestowed in 2005 with the honorable decoration, 'The Order of The Rising Sun, Gold Rays with Neck Ribbon' by the Japanese Government