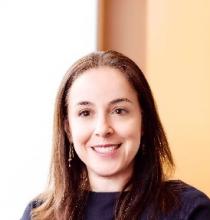 Noa Asher has been appointed as the Economic Minister as a Head of Economic and Trade Mission at the Israeli Embassy in Tokyo from September 2014. As such she will be responsible for initiating and maintaining trade relationships between Israel and Japan.

Before moving to Tokyo, Noa was the Head of the International Support and Finance Department, at the Foreign Trade Administration of the Israeli Ministry of Economy assisting Israeli companies in penetrating International markets and managing governmental support funds.

Between 2006-2010, Noa served as Israel's Economic Consul to the US Midwest where she focused on initiating collaboration opportunities between Israeli and American companies especially in the Life Science and Cleantech sectors.

Previously, Noa served as the Chief of Staff for the Chief Scientist of the Ministry of Economy. She joined the ministry in 2002, serving as a Foreign Trade Officer within the Asia Pacific Division of the Foreign Trade Administration. Prior to entering government service, Noa was a legal advisor to an Israeli group of start-up technology companies.

Noa holds an MPA from John F. Kennedy School of Government at Harvard University, an MBA from Tel Aviv University and an LLB degree from the Hebrew University of Jerusalem.