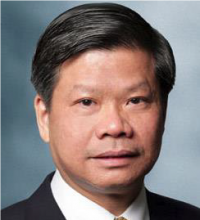 Professor Lam Khin Yong is Vice President (Research) at Nanyang Technological University (NTU) Singapore. In this position since 2014, he drives NTU’s collaborations with major industry and academic partners, including setting up of Corporate Laboratories with companies such as Rolls-Royce, ST Engineering and Singtel, and growing NTU’s joint research programmes with global top universities through the National Research Foundation’s Campus for Research Excellence and Technological Enterprise (CREATE) initiative.

Professor Lam has held many key academic, research and administrative appointments, and currently serves on the International Advisory Board of Innovation Coorperation Center (Bangkok) (ICCB) of the Chinese Academy of Sciences (CAS).

He obtained his BSc with First Class Honours in Mechanical Engineering from Imperial College London and his Master’s and PhD from the Massachusetts Institute of Technology. He holds an Honorary Professorship Diploma, the highest honour and recognition, from the Lomonosov Moscow State University, one of the top universities in Russia.

He is also the recipient of the National Order of the Legion of Honour (Chevalier), France, the Singapore Distinguished Service Award from the National Supercomputing Centre Singapore and Singapore’s President's Science and Technology Medal (PSTM), for his contributions to fostering collaborations between academia and industry.