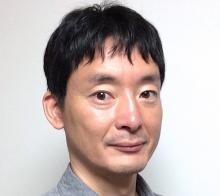 Kenji Saito received his M.Eng. in Computer Science from Cornell University in 1993, and his Ph.D. in Media and Governance from Keio University in 2006. He has been conducting research on digital currencies since 2000. His areas of interest include the Internet and Society in general. He is the Chief Science Officer of BlockchainHub Inc. since 2016, and the Representative Director of Beyond Blockchain since 2017.