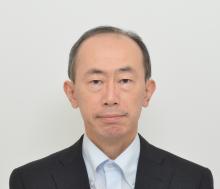 August 2018, Tomoo Yamauchi assumed the position of Deputy Director-General, NISC. Between 2016 and 2018, he was in charge of Cybersecurity as Counselor of NISC, and preparing new Cybersecurity Strategy decided by Cabinet this June and draft amendment of Cybersecurity Basic Act. Before that, he was in charge of policies regarding research, development and promotion of space communications and of those results at Ministry of Internal Affairs and Communications. In addition, he has a variety of experience in ICT policies. His previous assignments include Director of Research and Development Office, Deputy Director of Land Mobile Communications Division and Satellite Mobile Communications Division.

He joined MIC in 1989, and before joining MIC, he received an M.E. degree in applied system science from Kyoto University.